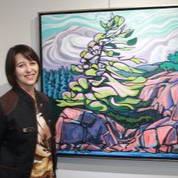 SUZETTE TERRY
Suzette Terry has been active in the South Central Ontario art scene since graduating from the University of Guelph in 1990 with an Honours Degree in Fine Art and Business.
Having spent her early years in the historically picturesque town of Fergus, then 11 years in Port Stanley, followed by 2 in Kitchener, she now resides in beautiful Meaford.
All of these places have left a mark on her work and her scope of expression. Her subjects range from the human figure to vibrant abstract pursuits. Her mediums follow suit, ranging from paintings in both oil and acrylic, to printmaking and animated mixed media collages. It is this shifting of gears from one medium to the next that spurs Suzette to new and innovative discoveries in both technique and content.
Bold form and strong colours are the hallmark of her style. She has built on her influences: the colours of the Fauves, the abstracts of Picasso, and the simplicity of Matisse.
Her recent trip to Europe with visits to seven major museums and galleries has laid the groundwork for further exciting explorations in her work, including the use of large scale canvases. Subject matter ranges from images of sailing, her favorite pastime, to beach themes, to abstract images of women.
In addition to creating art, Suzette has taught many workshops and classes, and has lectured around Central and Southern Ontario, encouraging and inspiring other artists.
At the close of 2018 Suzette has had 22 solo exhibitions and participated in numerous juried and group shows. Her work can be found in private and public collections in Canada, the United States, England, Australia, and China.
She is currently represented by: 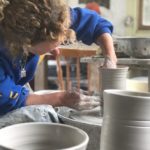 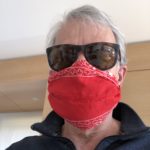 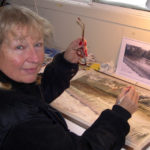 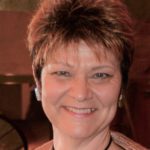 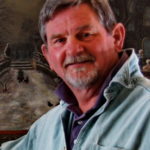